The use of Internet on mobile devices in the Philippines is still behind other ASEAN countries, as smartphone penetration is low. However it is picking up very quickly, and with a population of more than 100 M people and very social habits, the Philippines is already becoming a digital and social media powerhouse in the region.

The latest figures available on the use of digital technologies in the Philippines analyzes its large population across different online activities: use of Internet, mobile devices and social media. 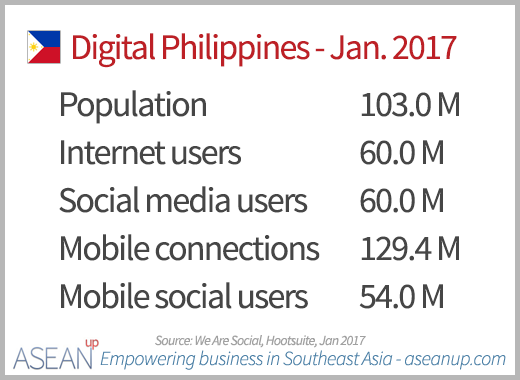 Going into further details, this interesting side deck by On Device Research presents some trends on the use, brands and technologies of the Philippine market.

Key points on mobile and Internet industries in the Philippines

Presentation published in July 2014 by On Device Research, realized with the data from 900 mobile Internet users and other publicly available