Recently opened after decades of isolation, Myanmar is a new target for growth in Southeast Asia. With a large population and vast areas of the economy that largely underdeveloped, Myanmar is almost a blank canvas for rapid expansion of its economy and companies involved in the country.

To ensure the successful transition of the economy from state-controlled industries to freer markets, the government wants to attract investors to develop infrastructures and supply products and services to its population. After a historic opening of the country, the Myanmar government has cleverly maintained the country's low taxes.

This new opening has generated a real estate boom, fueled by the increased arrival of tourists, expats and businessmen eager to doing business in Myanmar.

Myanmar's digital population is rapidly expanding as more and more people now have access to mobile and expanding telecommunications infrastructures.

Note: official export and import figures are underestimated and do not account for smuggling with neighboring countries. 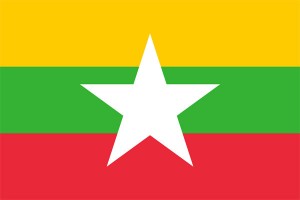