A small nation on the island of Borneo, Brunei is an oil rich sultanate in the middle of Southeast Asia. With a small population of less than half a million people, Brunei is very dependent on its well-developed oil and gas industry, and aims at the diversification of its economy.

Aiming at helping local businesses and attracting foreign companies, the Bruneian government has implemented a very competitive tax system, which however sets the oil and gas industry aside.

Though it aims at diversifying its economy, Brunei is heavily dependent on the oil and gas industry. The authorities have however launched an ambitious plan to diversify the economy and develop the capital, Bandar Seri Begawan.

Very well connected, the penetration of digital and mobile technologies in Brunei is very high.

With relatively high trade volumes compared to its size, Brunei is very dependent on oil and gas exports and imports. 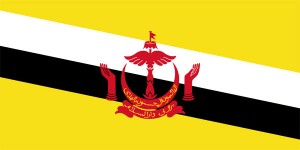