With a renewed economic dynamism, Cambodia has started a new growth cycle. Growing from an economy that is very dependent on raw materials and tourism, Cambodia is now engaged towards industry and export.

The improving infrastructures and spread of mobile phones have helped Cambodians to access the Internet and digital services.

With low trade volumes, Cambodia aims at more trade through the development of industry and improved exploitation of natural resources. 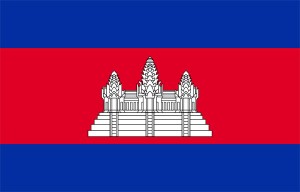