Symbols of its ancient and rich culture, two sites in Cambodia have been classified by the UNESCO as World Heritage sites for Humanity. Cambodia has one of the world’s most famous World Heritage Site with the temples of Angkor in the surroundings of Siem Reap, in addition with the Hindu temple of Preah Vihear.

Birthplace of the Khmer culture, Cambodia has a unique tradition that mixes local heritage with early Indian influences from Buddhist and Hindu religions. Especially expressed through arts and architecture, the Khmer culture notably manifest itself in the breathtaking temples of Angkor, the former capital of the Khmer empire.

Within more than 1000 historical and natural sites in the world, the United Nations Educational, Scientific and Cultural Organization – UNESCO – has recognized the importance of the Cambodian culture through the classification of two sites for their unique cultural, historical and architectural value for mankind.

Here is the complete list of World Heritage Sites in Cambodia together with details and beautiful pictures to keep in mind for the use of travel and tourism professionals, and the viewing pleasure of all.

The 2 World Heritage Sites listed by the UNESCO in Cambodia

Angkor is a major Southeast Asian archaeological site. It is composed of the remains of the capital of the Khmer Empire, dating from the 9th to the 15th century. The Angkor site especially includes the famous temple of Angkor Wat, the Bayon Temple at Angkor Thom, and the jungle-invaded Ta Phrom temple. 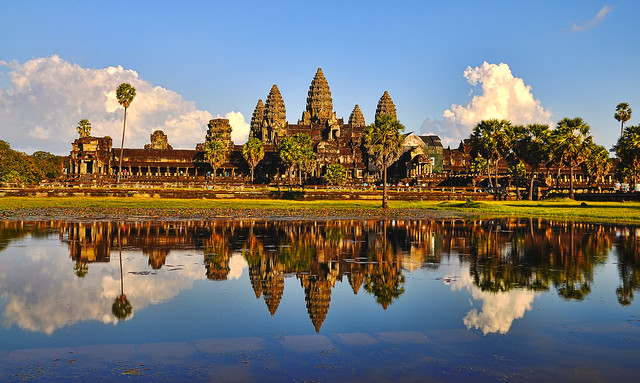 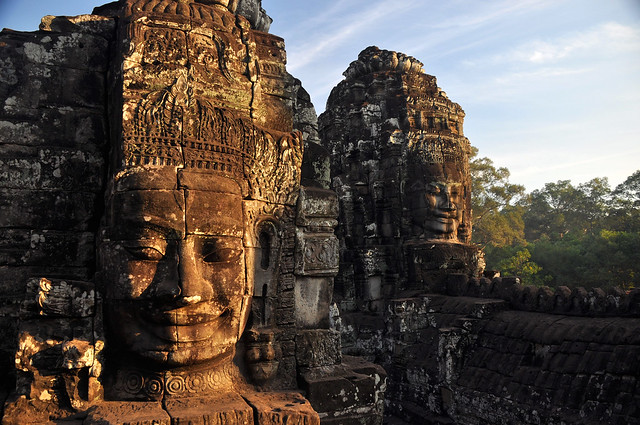 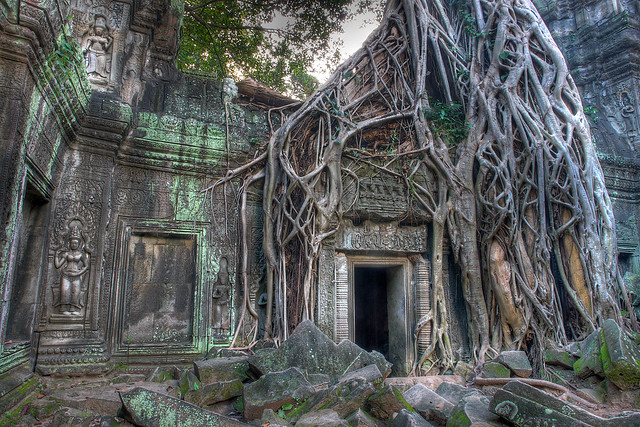 Note: Google created a special website as a part of its Google Maps “Street View” to enable people to explore the Angkor temples at home on their computers. 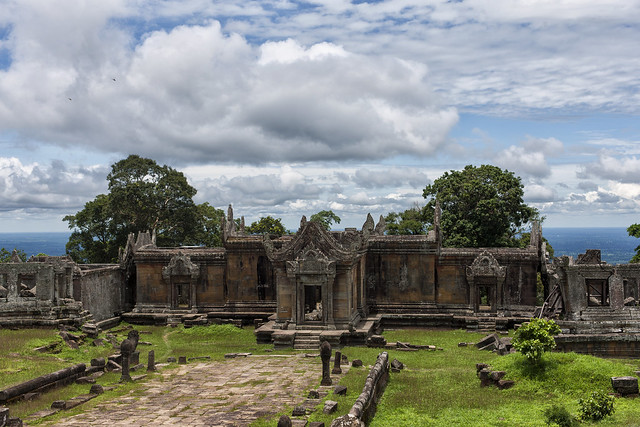 The temple of Preah Vihear is composed of series of sanctuaries dedicated to the Hindu god Shiva. Its isolation has permitted to preserve its exceptional architecture from the 11th century.

Other Cambodian sites submitted to the UNESCO tentative list

The Cambodian authorities have also submitted another site to be considered for nomination as UNESCO World Heritage Sites:

Here is the full list of the UNESCO World Heritage Sites in Cambodia. For more information about them, visit the Cambodia page on the website of the United Nations Educational, Scientific and Cultural Organization – UNESCO.

What do you think of these World Heritage Sites in Cambodia? Which do you prefer? Do you have some tips to make a better visit? Any other site in Cambodia you think should be added by UNESCO? Leave your comments below!