Located to the South of China and Taiwan, the East of India and Bangladesh, North of Australia and West of Papua New Guinea, Southeast Asia is a tropical sub-continent of Asia. It is home to several emerging market countries making the region one of the most dynamic in the world, an important driver of the world's economic growth.

Southeast Asia has a large population of more than 650 million inhabitants. It is a diverse region with rich cultural and natural heritage famous all over the world for tourism and recognized through many UNESCO World Heritage Sites throughout Southeast Asia.

Southeast Asia regroups some of the world's fastest growing economies. Many of its major countries attract the attention from global companies and investors willing to do business in the region and reap the benefits of its growth. To do so, they can notably rely upon the chambers of commerce in Southeast Asia from the world's major economic powers and get informed through several news websites from Southeast Asia in English.

Together they span about 4,46 million km² and gather more that 650 million people which make the ASEAN market very attractive. The 10 ASEAN countries gradually came together to improve common political and economic ties and form a stronger political body as well as an more integrated and larger market.

The ASEAN six majors refers to the six biggest economies of ASEAN in terms of Gross Domestic Product, which are several times larger that the four others:

The ASEAN Economic Community – AEC – is a project of economic integration between the ten ASEAN countries that was launched on 31 December 2015. It aims at providing the following advantages to business in the ASEAN economic community.

The term ASEAN plus three – ASEAN+3 – refers to the will of East Asian countries to develop further political and economic ties between ASEAN nations and:

Various other meetings with regional and global partners have been coined with other terminology to facilitate discussions with India, Australia, New Zealand, Europe, Russia and the US.

The digital technology sector is currently booming in Southeast Asia, thanks to the rapid development of telecommunications infrastructure and the spread of mobile phones, notably in Indonesia, the Philippines and Vietnam. More mature markets like Singapore and Malaysia are not left aside as they harbor diversified eco-systems for tech startups to grow and providing significant sources of revenues for e-commerce and digital services companies. 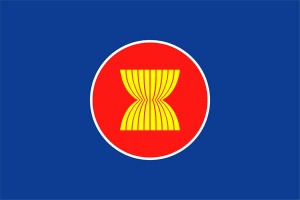 Business in the Philippines