While the journey of acclimatizing to a culturally different business ecosystem is not without its challenges, the Dutch startup Saleduck has successfully launched its operations in Malaysia with an eye on regional expansion. Here are some tips on their journey with a focus on the aspect of human resources.

In March 2016, the company opened the doors of its new office in Kuala Lumpur to operate its first Southeast Asian platform. Following the successful inception in Malaysia, they have also launched portals for Singapore, Indonesia and Thailand in the following months and are now poised to start operations in the Philippines.

With this business backdrop, Rosanne Hortensius, commercial manager of Saleduck, shares her experiences of managing the human resources operations in the Southeast Asian environment.

While LinkedIn remains the largest professional social network in Southeast Asia, which also serves as a job portal, other jobs websites can often be more popular in the region.

With over 11 million jobseekers signed on to the website, Jobstreet is a popular jobs aggregating platform in Singapore, Malaysia, the Philippines, Indonesia and Vietnam. It is quite helpful for recruiters as it garners a sizeable number of applications per job posting, providing more applications to filter and pinpoint jobseekers who are the most suitable for a particular listing

Jobstreet also notably helps candidates to tailor the job matching process to their needs by enabling certain features such as language proficiency exams. Other useful platforms in the region include Jobbatical and Indeed.

For companies that are keen on stricter, more specific screening processes, it is also common to turn to recruitment firms for help in enlisting suitable candidates. Agency fees typically consume between 15 to 18% per annum of the candidate’s gross salary, but headhunting firms usually work on a “no win no fee” basis, which means that they will only be paid after the successful candidate accepts the job offer.

Although the startup scene is Southeast Asia is currently exploding, it is still in a fledgling stage when compared to startups ecosystems of Europe and America. Therefore the talent pool for experienced e-commerce and online marketing employees is limited.

However, we have also come to realize the great potential of candidates who make up for only nascent, hands-on experience with great enthusiasm and proactivity. This drive to learn and experiment are qualities that cannot be taught and such individuals often become some of our greatest hires.

In Southeast Asia, the word “executive” in a job title usually means that the employee is performing operational tasks whereas in Europe, “executive” generally refers to managerial roles. It helps to keep these differences in mind when writing and advertising job titles.

On the other side, a job title in Southeast Asian business cultures conveys a symbolic status and people often hold elaborate job titles in high-regard. It is also very common for people to be more responsive if they are under the impression that your title is important.

It has become very common for companies to fluff up titles everywhere in the world, with the addition of a few strategically placed buzzwords, especially in the technology sector and for startups. As a result, the resume screening process should be meticulous as fancy job titles do not always relate relevant or extensive experience.

In Europe, salary -both current and expected- is rarely brought up during the preliminary interview and is usually reserved for candidates that reach the subsequent rounds of discussions.

It is the complete opposite in Southeast Asia. Salary and benefits are openly discussed between the candidate and the employer upon the first interview (usually towards the end) and oftentimes, the candidate’s expected salary range is stated in the resume.

The probationary period for a job position in Southeast Asia is typically between three to six months. While this enables companies to properly assess whether or not an employee is suitable for the role or the organization, long probation periods also have their downside in terms of employee volatility.

The problem for companies is that long probation periods also allow for employees to leave with a very short notice, typically three days to two weeks, as both employee and employer can choose to terminate the contract rapidly during the probationary period.

A growing number of companies in Southeast Asia have begun to adopt flexible working hours as part of their company perks with 71% of employers across Asia offering flexible job hours.

Flexible hours are especially implemented in younger, smaller and more progressive companies which capitalize on flat organizational structures. In fact, flexibility has become such an integral part of modern workplace settings that some potential employees can turn down job offers if they feel that working hours are too rigid.

Companies interested in hiring foreign talents for their language skills should be prepared to include a language allowance into their contract. This is one of the factors that contribute to the salaries of expatriates being higher than that of local employees.

For employers planning to hire a new employee that will need a work visa, the employer should take into account that a visa is not arranged overnight and the processing time can easily take up to a month depending on the country. You can be sure that the potential employee is aware of this administrative hurdle.

In Malaysia, companies which have received the MSC status, a form of recognition awarded by the Malaysian government to information and communications technology businesses, can occasionally speed up the visa process. This status is currently awarded to three forms of business entities:

Despite becoming increasingly globalized, certain elements of Southeast Asian cultures vary greatly from Western culture. Studying and memorizing these practices is essential to building relationships here in the ASEAN region.

For example, when exchanging business cards, it is customary to do so using both hands before studying the card thoroughly and then carefully putting it away. A business card represents the individual to whom you are being introduced, treating it with care is a sign of respect.

Do not underestimate the value of personally speaking to your employees. Make time to do so as it is a great way to gain precious insight into your organization and identify problems that you may have missed.

Emphasizing your eagerness to listen and communicate allows for an open channel of communication that lets employees know their voices are being heard and their opinions valued.

Planning public holidays in advance will allow to manage your business calendar around these dates and avoid sudden surprises for those unfamiliar with local holidays. In countries like Malaysia, with its multiple cultures, there are many national and regional public holidays, both secular and religious, that companies need to be aware of.

Muslim employees will often take an extended period of leave to celebrate Hari Raya with their families, while the Chinese-Malaysians will do so for the Chinese New Year and the Indian-Malaysians around Deepavali. Being aware of these dates will allow you to anticipate fluctuations in employee presence as well as culturally sensitive towards your employees. 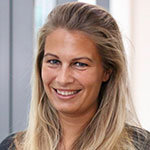 Rosanne Hortensius is Commercial Manager at Saleduck Asia. She recently moved from Amsterdam to Kuala Lumpur to launch the business in Southeast Asia. Rosanne is responsible for, among others, HR, market research and the overall performance of the Southeast Asian markets.

Article edited by ASEAN UP