To counterbalance the increasing power of global economic heavyweights, several business leaders of Southeast Asia have formed the ASEAN Business Club – ABC – to push and assist the realizieation of the ASEAN Economic Community integration by the end of 2015.

The ABC intends to help Southeast Asia enhance its global  footprint as a leader in terms of population and market size, and develop opportunities for local and regional businesses. This ultimate goal is summarized in the ABC vision: “ASEAN: Open For Business“. 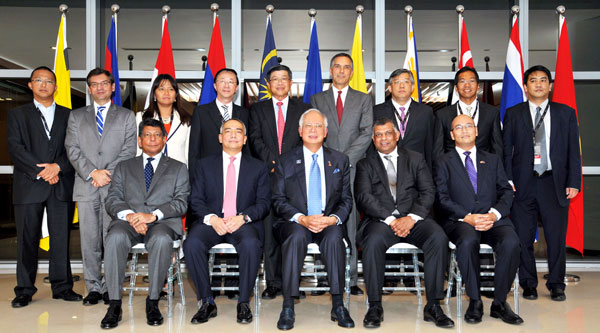 Members of the ASEAN Business Club

The ASEAN Business Club membership has been steadily rising since its creation, with a growing number of high-profile business leaders joining in from Southeast Asia and beyond. It is spearheaded by an “Advisory Council“, a core group of founding members involved in advising and lobbying public authorities, composed of:

Some of the ABC members are very prominent figures, often providing valuable insights to the media, like Tony Fernandes on the ASEAN integration or Jaime Augusto Zobel de Ayala on the Philippine economy.

Activities of the ASEAN Business Club

The ABC is involved into the organization of various activities, business events, industry studies and public lobbying. Some key members have recently engaged discussions with the Malaysian Prime Minister, Najib Razak, and the Philippines’ President, Benigno Aquino III.

The ASEAN Business Club more specifically relies on its members and their companies for the sponsoring of high profile initiatives with large media coverage, including: